William J. Bill Gillis passed away at Duke University Hospital on Saturday, March 24, after a valiant struggle against cancer. Bill was born December 20, 1952, in Newark, New Jersey and grew up in Pompton Plains, New Jersey. He was a graduate of Pequannock Township High School and attended Uppsala College in East Orange, New Jersey and Guilford College in Greensboro, North Carolina. A resident of Denver, Colorado, he was employed with the Denver Regional Transit District.

Bill was the beloved son of Pauline M. Gillis and the late Charles Gillis of Galloway Ridge, and brother of Charles Gillis of Pittsboro, NC; Martha Gillis Crawley of Jacksonville, NC; Nancy Gillis Faulstick of Nazareth, Pennsylvania; and Susan Gillis Vogel of Bentonville, Arkansas. He was preceded in death by his wife, Joanne Kramer Gillis, their dog Bear, and their birds Spencer and Murphy.

The family requests that memorial donations be sent to the Gabriel Foundation, 1025 Acoma Street,

Offer Condolence for the family of William J. Bill Gillis 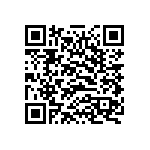