Bill was born in Heath Springs, SC on March 16, 1923, the son of William H. Stallworth, Sr. and Zada Rogers Stallworth. He was a graduate of Clemson University with degrees in Math and Chemistry. Bill’s time at Clemson was divided between serving in the US Navy during campaigns in Africa, Europe and Japan. He was in the Air Corps and later in bomb disposal. Following his graduation from Clemson, he became a textile executive and worked for various companies in the southeast. Among various locales, Bill and his family lived in Aiken, SC for 10 years, then Rockingham, NC for 25, before moving to Pittsboro two years ago. Bill enjoyed traveling, the beach, and was an avid golfer.

Bill was a long time, active member of First United Methodist Church of Rockingham . He deeply loved his family, and they in turn loved him as well.

In lieu of flowers, the family requests that contributions be directed to either: First United Methodist Church, PO Box 637, Rockingham, NC 28380, or to Salvation Army of Pittsboro, 200 Sanford Road, #2, Pittsboro, NC 27312.

Arrangements are under the care of Griffin Funeral Service and Cremation, 396 West St., Pittsboro, NC 27312.

Offer Condolence for the family of William Hunter Stallworth, Jr. 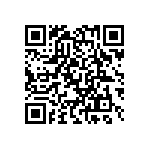