William Henry Senter, 87, died Friday, February 23 at Hock Family Pavilion following a brief illness. He was born December 13, 1930 in Duke Hospital to the late Marie Pauline and Hubert H. Senter. After graduation from Durham High School, Bill enlisted in the U.S. Navy, serving for 4 years until discharge in 1952. He began a career in computers in Washington, DC, with the U.S. Department of Health, Education, and Welfare.  Bill taught computer operations at several Washington institutions including American University, and assisted in establishing DC’s first computerized crime system. In 1969, Bill assumed the role of Director of the Computer Center for the National Center for Health Statistics in RTP until retirement in 1991.

From humble Durham beginnings full circle through education, military service, career and return to his native Durham, Bill Senter followed his passions and lived a remarkably full and productive life. He packed in more adventure and fun while never slowing down for a moment; he defied his age for a man of such robust mental and physical condition.

Combining Southern gentleman qualities with warmth and wit, Bill was “hail fellow well met” who could engage with anyone. He loved people and took a genuine interest in others, making friends of all types and ages every place he went. Always the life of the party, Bill had a delightful sense of humor, a twinkle in his eyes and an inventory of great jokes on standby. Together, he and Jean had the gift of hospitality, opening their home and hearts so generously and naturally.

Bill invested no less than 100% in everyone and everything that mattered to him. This began with family – his beloved Jean, and his children and grandchildren, for whom he rarely missed a sports game. Whether the landscaping, Christmas decorations, Duke sports souvenirs, or his exquisitely constructed model aircraft carriers and military memorabilia collection, if it was worth pursuing, Bill gave it his best. His many “loves” also included golf, Williamsburg and Myrtle Beach, dancing at Durham’s Devine’s, the Redskins (whose tickets he held for 42 years) and chairing the Bojangles committee at daily breakfast with his male comrades. Bill and Jean attended Yates Baptist Church for over 20 years and most recently, Duke Chapel.

Bill Senter exemplified manliness in the best sense of the word – loyalty, patriotism, responsibility and leadership. Quick to recall hardship and sacrifice of another era, he would quip about having “walked uphill in the snow both ways to school.” Bill’s legacy of rock-solid values and all that he brought to a long and beautiful life will be cherished by those who knew and loved him.

Funeral services will be 11:00 AM Wednesday from the Chapel of Hall-Wynne Funeral Service, with the Rev. Dr. Ronald Cumbie officiating. Friends may visit 6-8 PM Tuesday in the funeral home. Private cremation will follow services. Gifts in Bill’s memory may be made to Duke HomeCare & Hospice, dhch.duhs.duke.edu.

Offer Condolence for the family of William Henry Senter 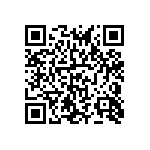