CHAPEL HILL-William H. Bayliss of Chapel Hill died Friday, May 11, 2012, from complications after a fall. He was 88. He was born July 29, 1923, in Titusville, PA, the son of George Emery Bayliss and Ella Madelaine Heywang. He graduated from Titusville High School as president of his class in 1941 and entered Harvard College in 1942 following a post-graduate year at the Loomis School in Windsor, Conn. After nine months, he enlisted in the Army Air Corps and served as a B-25 pilot, flying combat missions from the Philippines over northern Luzon and Borneo and then participating in the U.S. occupation of Japan after hostilities ended.

He returned to Harvard in 1946, graduating in 1948 with a degree in biochemical sciences. He worked in the pharmaceutical industry in New York and New Jersey, earning an MBA from Columbia University in 1955. In 1957 he married Ann Van Dyke Palmer. They moved to Kalamazoo, MI, in 1959 after he joined The Upjohn Co. as director of public affairs. He served on the Kalamazoo City Commission, was chair of the Kalamazoo Symphony Society and an elder in the Presbyterian Church.

He left Upjohn in 1970 and moved to Chapel Hill, NC, with his family to enter Duke Law School, graduating in 1973 and eventually practicing in Chapel Hill for 20 years with his partners as Bayliss, Hudson and Merritt. He was active in the early Home Health Agency, an elder in the University Presbyterian Church and a member of Rotary and the Chapel Hill Country Club, serving as president of both. He moved to the Carol Woods retirement community, an early client, in 2005, where he served as secretary of the residents’ council, took pictures of other new residents, and played the piano, two life-long passions.

He is survived by his wife; three sons, George, Theodore and Mark; their wives, Svea Herbst, Maura Landry and Christianne Edkins; and three grandchildren, Margaret, Andrew and Caroline.

A funeral service will be held 2:00PM Saturday, June 2, 2012 at the University Presbyterian Church. Burial will take place later in the family plot in Titusville.

In lieu of flowers, contributions may be made to support the University of North Carolina Hospitals Neurosciences Intensive Care Unit through the UNC Neurocare Fund for Excellence, care of the Medical Foundation of North Carolina, 880 Martin Luther King Jr. Boulevard, Chapel Hill, NC 27514.

The Bayliss family is under the care of Hall-Wynne Funeral Service.

Offer Condolence for the family of William H. Bayliss 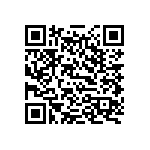