William G. Nelms, Sr. Billy, age 81, went to be with the Lord on Thursday morning, March 24, 2011. He was a native of Granville County and was the son of the late Lonnie, Sr. and Effie Lee Nelms.
Mr. Nelms was retired from North Carolina Parks and Recreation at Kerr Lake after 15 years of service and was retired from the U.S. Army, NC ARNG Company B 3rd Bn 120th Inf. with over 17 years of service. He was also a volunteer fireman and a member of Mt. Zion Baptist Church.
Funeral services will be held at 11:00 A.M. Saturday, March 26, 2011 at Mt. Zion Baptist Church by Rev. Keith Williams. Burial will follow in the church cemetery with military honors.
Surviving is a daughter, Janice Marie Nelms; his buddy, Robert Newhouse; 2 sons, Samuel Douglas Nelms and wife, Lisa, Michael Lee Nelms and wife Brenda all of Oxford; a brother, Lonnie Nelms, Jr. of New Bern, NC. Grandchildren, Tex Donald, III, Brian Coghill, Ryan, Jonathon, Harper, Palynn, and Lexi Nelms. Great-grandchildren, Caden Coghill, Hunter, Collin, Zoey Nelms. We would like to remember family friend, Linda Pegram. He was preceded in death by his wife, Rose Marie Nelms, son, William G. Nelms, Jr. Bill who died in Vietnam and a sister, Dorothy Lee Nelms.
The family will receive friends on Friday evening, March 25, 2011 from 7:00 until 8:30 P.M. at Gentry-Newell & Vaughan Funeral Home and at other times they will be at the home.
In lieu of flowers memorials may be made to Mt. Zion Baptist Church, 1171 Hwy. 158 West, Oxford, NC 27565.
Gentry-Newell & Vaughan Funeral Home is assisting the Nelms family. For online condolences go to www.hallwynne.com and select obituaries. 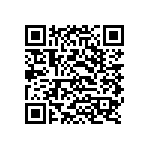