William G. Anlyan, M.D., chancellor and professor of Duke University and trustee of the Duke Endowment, died at the age of 90 on January 17, 2016.

Dr. Anlyan was one of Duke’s most visionary leaders over his four decades and was instrumental in achieving many of the university and its health enterprise’s most important milestones.

During Anlyan’s tenure as medical school dean and chancellor from 1964-88, the medical center witnessed tremendous growth. Anlyan was responsible for attracting international attention for Duke, was known as an innovator in medical education, and was recognized for nurturing the careers of colleagues. In 1995, he received the Duke Medical Alumni Association’s inaugural lifetime achievement award, which was named in his honor.

Anlyan was raised in Egypt, the son of a British civil servant. He came to the United States in 1943 to enroll at Yale University, from which he received both his bachelor’s and medical degrees. In 1949, Anlyan came to Duke, where he began an internship in general and thoracic surgery. He became an instructor of surgery after completing his residency, and two years later, an assistant professor of surgery.

Nationally, Anlyan played a leadership role in the Association of American Medical Colleges (AAMC), serving as the first chairman of the Council of Deans and chairman. He was a founding member of the Institute of Medicine of the National Academy of Sciences and a recipient of the Abraham Flexner Award for his contributions to medical education. He served as chair of Yale University Council’s Committee on Medical Affairs, chair of the Cornell Medical College Board of Visitors, and member of the Emory Medical School Board of Visitors. Anlyan was chairman of Research! America, a national organization promoting public education in support of biomedical research, and a recipient of its inaugural Lifetime Achievement Award.

Anlyan also left his mark on the international medical scene. He was active in the World Health Organization, led Duke’s delegation to the People’s Republic of China in 1975 to consult on health care, and served as the U.S. delegate to a number of international conferences on medical affairs in places as far flung as Poland, Japan, Egypt, and Saudi Arabia.

Anlyan was an avid tennis player, pianist, and ardent supporter of the arts.

A Service of Remembrance for Dr. William G. Anlyan, 90, will be held Saturday, February 6 at 5:00 PM in the Baldwin Auditorium on Duke’s East Campus.

Offer Condolence for the family of William G. Anlyan, M.D. 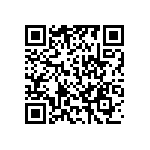