Willian Edwin Rogers, age 94, died Friday, October 28, 2016 at Hock Family Pavilion. A Durham native, Mr. Rogers was born August 20, 1922 to the late Samuel and Mayde Turrentine Rogers. He was a 1940 graduate of Durham High School and later graduated from Duke University in 1947. Mr. Rogers spent three years in the U.S. Navy during WWII. He was commissioned an ensign in 1944 at Columbia University and served in the Pacific between 1944-1946. He participated in the landings at Palau, Lethe, Lingua Gulf and Okinawa until the end of the war.

Mr. Rogers was discharged in 1946 with the rank of Lieutenant JG and returned to Duke University where he graduated in 1947 with a degree in Forestry. He served as treasurer of Coman Lumber Co. from 1947-1970. He then worked for North Carolina Mutual Wholesale Drug Co. as comptroller from 1970 until his retirement in 1988.

Mr. Rogers was a member of the Friendly City Kiwanis Club and a long-time member of Trinity United Methodist Church in downtown Durham.

A memorial service will be held 11:00 a.m. Wednesday, November 2, 2016 at Trinity United Methodist Church with the Reverend Susanne Priddy presiding. A reception will follow in the church parlor. Burial will be private in Maplewood Cemetery.

In lieu of flowers, contributions may be made to Trinity United Methodist Church, 215 N. Church St., Durham, NC 27701.

The family wishes to express their heartfelt appreciation to Mr. Rogers’ caregivers, Abby, Brooke and Lorena.

Arrangements for the Rogers’ family are under the care of Hall-Wynne Funeral service. On-line memorials: www.hallwynne.com.

Offer Condolence for the family of William Edwin Rogers 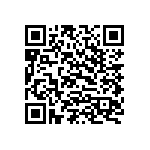