WILLIAM A. “DUCK” GRISSOM
Townsville- William A. “Duck” Grissom, age 57 a resident of Townsville died Monday February 9, 2009 at his home. He was a native of Granville Co. and was the son of the late Russell Champion and Pansy Grissom. He worked as a mechanic for Athol in Butner for over 32 years and worked as a truck driver with the N. C. Dept. of Transportation.
Funeral services will be held on Thursday February 12, 2009 at 2:00 PM in the Chapel of Gentry-Newell & Vaughan by the Rev. Floyd Jackson. Burial will be in South Granville Memorial Gardens in Stem.
Surviving is his wife, Edith Champion Grissom; one step-son Victor R. ‘Buck” Champion of Stem; three daughters, Tammy Champion and Lynette Grissom both of Stem and Connie Faye Champion of Oxford; brothers, Ricky Evans, Jerry Evans and half-brother Jimmy Champion all of Stem; three grandchildren and his beloved pet Bill. He was preceded in death by a brother William Evans and his grandmother who raised him Nellie Grissom.
The family will receive friends Wednesday night from 7:00 until 8:30 at the Gentry-Newell &Vaughan Funeral Home. At other times they will be at the home.
On line memorials www.gnvfh.com select obituaries.

Offer Condolence for the family of William “Duck” Aruthur Grissom 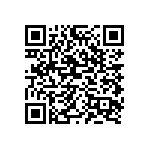