MEBANE-The Honorable William Clyde Griffin, Jr., 71, of Mebane and Ocracoke died at home Sunday, December 22, 2013. He was born April 4, 1942 in Martin County, NC to the late William Clyde Griffin, Sr. and Eleanor Waters Griffin. Although he lived in Mebane for several years, Judge Griffin was born and raised in Williamston, NC . He lived and worked there with his own family.

Judge Griffin was a graduate of Williamston High School in Williamston, NC, The University of North Carolina in Chapel Hill, NC, and Rutgers School of Law School in New Brunswick, NJ. He was a long-time member of the First Presbyterian Church of Williamston where he served as a Deacon and then later joined the University Presbyterian Church of Chapel Hill. He attended the United Methodist Church during his extended visits to Ocracoke.

In lieu of flowers, memorials may be made to: BariumSprings Home for Children, Barium Springs, NC, or the charity of your choice.

Offer Condolence for the family of William Clyde Griffin 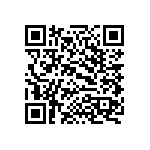