William C. Bud Cowdery died Sunday, August 24, 2008 at Croasdaile Village in Durham after a long battle with lung cancer.
Bud, as he was called, was born October 12, 1934, in St. Louis, Mo, to the late Hope and Clarence Cowdery. He attended University City High School and graduated from Washington University in 1956 as a chemical engineer.
That same year Bud married the former Joan Crain, and moved to Houston, Texas to join Shell Chemical Company. The following year, they moved to El Paso, Texas where he completed six months of active duty resulting from his ROTC commission as an anti-aircraft artillery officer.
Bud held a number of Shell technical and sales-marketing jobs over the next 10 years in Union, New Jersey, New York City, Chicago and Los Angeles.
Prior to moving to Durham in the late 1960s, he worked for Cosmodyne for two years in a marketing capacity.
In the late 1960s, Bud became an agent for the Northwestern Mutual Life Insurance Company and was associated with the company for nearly 40 years. In 1972, Bud founded Cowdery Corporate Services, a firm of employee benefit specialists committed to designing, installing and administering employee benefit programs for growing companies.
The Cowderys were active members of First Presbyterian Church where Bud served
as chair of the Board of Deacons and later was elected as a church elder. He then joined Duke Chapel, and shortly before Joan’s death in 1990, Bud joined Westminster Presbyterian Church.
Bud was a devoted member of the Kiwanis Club of Durham and served as president in 1980. He also served two terms as a YMCA board member.
Bud is survived by his wife, Dorothy Borden Cowdery of Durham; his brother, Robert Cowdery and his wife, Darlene, of Spokane, Washington; and his two sons, Clay, of Atlanta, and Todd of New York City and their respective wives, Lissy and Sharon.
A memorial service will be held 2:00 PM Wednesday, September 3, 2008 from
Westminster Presbyterian Church. Friends may visit with the family following the service.
In lieu of flowers, contributions may be made to Duke Home Care and Hospice, 4321 Medical Park Drive, Durham NC 27704, or a charity of one’s choice.
On-line memorials: www.hallwynne.com. Select obituaries.
Arrangements for the Cowdery family are under the care of Hall-Wynne Funeral Service.

Offer Condolence for the family of William C. Bud Cowdery 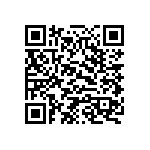