Brad was born January 23, 1961 to Billy Joe Gore and Jean Williams Gore in Chapel Hill, NC. Brad was self-employed as a carpenter. This devoted Tarheel fan could always be found wearing his UNC ball cap. Brad loved his sons unconditionally. Those who got to know Brad soon realized that he had a generous, loving heart, and would do anything to help you out.

Online condolences may be left at www.hallwynne.com, select “Obits”.
Arrangements are under the care of Hall-Wynne Funeral Service and Cremation
of Pittsboro.

Offer Condolence for the family of William Bradley Gore 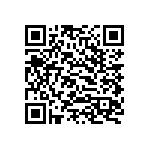