Bill was born in Wilson County on May 13, 1923 to the late George Reid Winders and Ida Scott Winders.

Bill graduated from High Point High School, June 1940. He was drafted into 875th Air Borne Engineers in 1943. Bill spent the next three years in the South Pacific building air strips and roads on the way to Tokyo, Japan. He was discharged in October of 1945 and entered college at Duke University.

He met his beautiful wife, Gene Morton Morgan and married her on June 6, 1949 the same day she graduated from Duke University.

Bill entered Duke University School of Law and graduated in 1950 with LLB degree. Bill practiced law in Durham for 46 years.

Bill was a member of Asbury United Methodist Church for over 60 years. He was an avid Duke Blue Devil fan and member of Iron Dukes and the Blue Devil Club.

A Service of Death and Resurrection will be offered 11:00 AM Friday at Asbury United Methodist Church with Rev. Martha McLean officiating. Friends may visit with the family after the service in the church parlor. A private family burial will follow after the reception at Maplewood Cemetery.

Flowers will be appreciated or donations to your favorite charity or Asbury United Methodist Church, 806 Clarendon Street, Durham NC 27705 in memory of William R. Winders.

Arrangements for the Winders family are under the care of Hall-Wynne Funeral Service. Online condolences www.hallwynne.com, select obituaries.

Offer Condolence for the family of William Bill Rudolph Winders 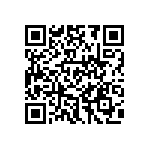