Bill was born on August 16, 1922, in Durham, NC, to William M. Upchurch, Sr., principal of Carr Junior High, and Estelle Harward Upchurch, a teacher and daughter of Sheriff John Harward. He graduated from Durham High School in 1940 and went to college at N.C. State University, where he was Junior Class President and selected for Blue Key and Golden Chain Honorary Society.

On April 27, 1944, Bill married his high school sweetheart, Beth Perry Upchurch, in Miami, with only his mother and platoon in attendance, and two days later Bill entered active service. He served as a 1st Lt. Aircraft Engineering Officer and supervised modification of B-29s with the 20th Air Force in Guam and Saipan.

Bill returned to N.C. State to graduate in 1948. He and Beth were the proud parents of three children, Perry, Sarah, and Kay. Bill was devoted to his family, and loved by many for his easy smile, friendliness, kindness and integrity. He will be greatly missed.
Bill’s faith was very important to him. He was an active member of Watts Street Baptist Church all his life, serving as a Deacon, Building and Grounds Committee Member and Chairman, Moderator of the church, and longtime member of the Norris Sunday School Class. His family greatly appreciates the love and care of the church family.

Bill worked as an architectural engineer and manager of quality control for the Duke University Architect’s Office from 1962-1983. He was most proud of his work on Duke Hospital North’s expansion and was known for his careful plan review.

Bill and Beth were Realtors with Upchurch Associates, Inc., which included property management. The William Upchurch home on Glendale Avenue, built by Bill, was on the 65th annual Preservation Durham Tour in 2011.

Bill’s hobbies were flying radio-controlled model aircrafts, photography and video. He served as the President of the Radio Control League of NC (RCNC) and loved his weekends “at the field.” He enjoyed gadgets, fixing things, gardening, and his home workshop.

Bill served as the Owner’s Representative on construction of The Forest at Duke from 1990-1993. In 1993, Bill and Beth relocated to the Forest at Duke (soon after it opened), where they both enjoyed the company of the residents and caregivers.

In April 2016, Beth and Bill celebrated their 72nd wedding anniversary. Their lifelong love affair was a joy to see. Beth preceded Bill in death by five weeks, having passed away on March 25, 2017, and now they are together again.

In addition to his parents and wife, Bill was preceded in death by his son, Perry Donne Upchurch, and his sister, Kathrine “Kay” Upchurch Henderson.

A memorial service will be held Saturday, August 12, 2017 at 2:00pm at Watts Street Baptist Church. Officiating will be Revs. Dorisanne Cooper and Diane Eubanks Hill. Bill’s ashes will be interred at Maplewood Cemetery privately.

Offer Condolence for the family of William “Bill” M. Upchurch 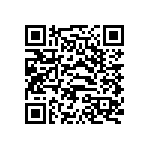