Bill served in the US Air Force from 1963-1967. He graduated from Michigan State in 1970 with a degree in Biochemistry, and then received his PhD from Oregon State in 1974. He moved to Greensboro, North Carolina in 1974 and then later to Durham in 1986.

Bill enjoyed traveling the world, visiting places such as Russia, Greece, Egypt, the Czech Republic, and even took a cruise north of the Arctic Circle. He was an avid woodworker and enjoyed building HO-scale model trains. He had a wide variety of other eclectic interests that he enjoyed when he wasn’t working.

Bill is survived by his daughter Christine Fischer and her fiancé Jeff Browning of Durham; son Eric Fischer and fiancée Soon-Hee Kim. He is also survived by his parents William and Mildred of St. George, SC; and his four brothers, Richard Fischer of Round O, SC; Robert Fischer of Honolulu, HI; David Fischer of Charlotte, NC; and Stephen Fischer of Fredericksburg, VA. Bill is predeceased by his cherished wife Mary Margaret Fischer.

Offer Condolence for the family of William Bill Carl Fischer 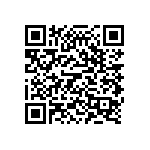