William A. Rigsbee of Chapel Hill, retired life insurance executive, died May 1, 2017 at The Cedars in Chapel Hill.

William was born in Chatham County, NC in 1926 to CL & Julia Hackney Rigsbee. He grew up in Durham graduating from high school in 1943 at age 16. He then went to work in the home office of Home Security Life Insurance Company and enrolled part-time at Duke University. This was during WWII and in 1944 he was drafted into the US Army at age 18. After seven weeks of training in the field artillery, he was sent to Europe where he served in Belgium and Germany. When the war ended in Europe in May 1945, he was transferred to the occupational forces military government detachment for Giessen, Germany where he served until discharge in August 1946 at age 20.

Returning to the US, he enrolled full-time at Duke and worked at Home Security for the next four years part-time. Later on he became full-time and was named manager of the ordinary division. Two years later, he was named an officer of the company and married Shirley Morgan of Durham.

In 1956, at age 30, William left Home Security to join Franklin Life Insurance Company in Springfield, Illinois and became a Vice President of that company.

In 1961, at age 35, he left Franklin Insurance to become President and Chief Executive Officer of Midland National Life Insurance Company, a regional company founded in 1906 and based in Sioux Falls, South Dakota. He served as President and Chairman of Midland for 31 years, retiring in 1992 at age 66. During his tenure as CEO, Midland became a national company. Its compound growth rate was 15% during his 31 year tenure with life insurance force increasing from $1 billion to $50 billion and revenue (premium and investment income) from $6 million to $403 million.

Mr. Rigsbee served on a number of boards during his business career including Northwestern Bell Telephone Company and Northwestern National Bank. He was a founding member and two-term chairman of the state of South Dakota Investment Council which directed the investment of all state funds including pension funds.

Retiring in 1992, he returned to his native North Carolina where he had homes in Chapel Hill and Wrightsville Beach. He was an avid golfer and tennis player. He was a member of the Chapel Hill Country Club, the Cape Fear Country Club, and gave back to his beloved Duke University and their athletic programs by being a member of the James B. Duke Society and the Iron Dukes.

He is survived by his wife of 64 years, Shirley Morgan Rigsbee of Chapel Hill; sons, William A. Rigsbee, Jr (Julie) of Minnesota, and Stephen R. Rigsbee (Lisa) of Chicago; grandchildren, Elizabeth of Iowa, Bryan of Iowa, Andrea of New Zealand, and Henry of Chicago; great-grandchildren, Maci, Knely and Lincoln; and brothers, Wayne of Louisburg and Richard of Myrtle Beach, SC. He is predeceased by his third son, James Morgan Rigsbee who lived in Dallas until his death in 1992

A private inurnment will take place at Maplewood Cemetery in Durham, NC at a later date.

Offer Condolence for the family of William Alton Rigsbee 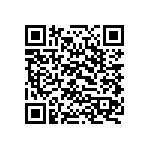