On May 14th Wesley Moore Langdon, Jr., age 91 and former Durham resident of 4016 Bristol Road, died peacefully in St. Petersburg, FL. Born in Hornersville, Missouri, he was the son of the late Mildred Elizabeth Huff Langdon and Wesley Moore Langdon, Sr. Mr. Langdon served in Saipan during WW II in the U.S. Army. He was a graduate of Oklahoma University, with B.S. and L.L.D. degrees. Mr. Langdon was retired from the Crum & Forster Insurance Company, where he was Southeast Regional Claims Manager. He was preceded in death by his wife, Eleanor Fowler Langdon on May 28, 1962.

The family will receive friends after the service at the home of his daughter, Lizbeth Videau.

In lieu of flowers, memorials in the name of Mr. Langdon may be made to the charity of one

Offer Condolence for the family of Wesley Moore Langdon, Jr. 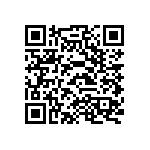