Melvin “Wayne” Brinkley, 71, died on Thursday, January 24, 2013 at his home. Wayne was born in Durham, NC on June 26, 1941. He was preceded in death by his parents Peggy Utley Edmonds, Louis Dwight Edmonds and James Robert Brinkley

If you ever met Wayne you would know without a doubt his incredible love for his family especially his children and grandson. Thorough the years one of his favorite things was playing golf. Later in life he began to share his love of golf with others by making custom golf clubs to give to most of the kids he met and coaching golf for the Special Olympics.

Friends may visit from 11:30 – 1:00 prior to the service at the church and other times at the home of Bonnie Smith.

In lieu of flowers memorial contributions in Wayne’s name may be made to the Special Olympics North Carolina, 2200 Gateway Centre Blvd., Ste. 201, Morrisville, NC 27560.

Offer Condolence for the family of Wayne Brinkley 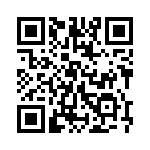