Mr. Yentsch was born in Glen Cove, NY to the late Walter William, Jr., and Carol Muller Yentsch.  His family relocated to Pittsboro as a young boy.  He was educated at Marymount University where he earned his BS in Nursing.  He was employed as a Nurse in the Interventional Vascular Unit with the UNC Hospitals in Chapel Hill.  Mr. Yentsch was a member of St. Thomas More Catholic Church.

In addition to his wife of 23 years, Wally is survived by his children, Madeline Yentsch of Charlotte, NC, and Will Yentsch of Pittsboro; sister, Laura Collins and her husband of Huntersville, NC; and his uncle, Charles Muller of Hickory, NC.

A memorial mass will be held at St. Thomas More Catholic Church, 940 Carmichael Street, Chapel Hill, NC 27514 on Friday, October 14, 2016 at 10:30am.  The family will receive visitors immediately following the service.

In lieu of flowers, memorials may be directed to the UNC Lineberger Cancer Center, 101 Manning Drive, Chapel Hill, NC 27514.

Offer Condolence for the family of Walter William Yentsch, III 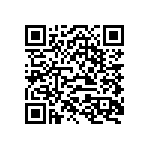