Walter Washington Crews Jr., 79, died March 3, 2017 at his home. He was born in Oxford, NC on November 29th, 1937 to Walter Washington Crews and Naomi Moss Crews.
Walter was born and raised in Oxford, NC. He graduated from Oxford High School and completed a Bachelor’s Degree in History from Atlantic Christian College. After college, he served in the National Guard. Walter had a long career in the tobacco industry as a bookkeeper. He enjoyed watching and attending college basketball and football games, gardening, and cooking for his family. Walter was a member of Oxford Masonic Lodge No. 122 and a devoted member of Oxford United Methodist Church and taught Sunday School as part of the Will Hicks class.
Walter was a loving and supporting father and grandfather who always wanted the best for his family. He is survived by his children, Janie Crews, Eddie Crews (MaryAnn), Elizabeth Crews, and Catherine Crews; and grandchildren, Madeline Crews and Ryan Crews; and Caregiver, Stephanie Timberlake. He is predeceased by his parents, Walter Washington Crews and Naomi Moss Crews.
Funeral services will be conducted on Monday, March 6, 2017 at 1:00 p.m. at Oxford United Methodist Church by Pastor Jenny Wilson. The family will receive visitors and friends at the church from 12:00-1:00 prior to the service and at the home at other times. Burial will be private.
In lieu of flowers, memorial contributions may be made to Oxford United Methodist Church.

Offer Condolence for the family of Walter Washington Crews, Jr. 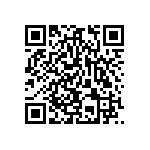