Walter Edward Behringer went to be with the Lord Jesus Christ on August 1, 2013. Surviving to cherish his memory are: Carol Jane Behringer , his wife of 63 years; two sons: Jeffrey C. Behringer and his wife, Kathy of Garner, NC, James E. Behringer of Raleigh, daughter, Jill B. Byrd and husband Tim of Crimora, VA and twin sister Muriel Simanek of Winchester, VA. Walter is also survived by ten grandchildren: Jake Behringer and wife Kristina of Cheyenne, WY, Zachary Behringer and wife Elizabeth of Raleigh, Samuel F. Behringer, Luther Behringer and fiancé Tina Bonamico of Alexandria, VA, Chad Behringer of Raleigh, Laura Behringer of Garner, Bretagne Byrd of Helena, MT, Logan Byrd and fiancé Renee Shuman of Charlottesville, VA, Edward Castleberry of Cary and Daniel Castleberry of Pittsboro, and sister in law: Martha Merwin of Longview, TX. Five Great-grandchildren also survive: Zoe and Max, Miley and Ziggy, and Carlyle. In 1988, Walter retired from IBM Corporation in Raleigh. For his service in the Marine Corps at Iwo Jima during WWII he received a Purple Heart, and then served during the Korean War. He lived in Raleigh from 1966 until 2009. He leaves his beloved Church family at North Ridge Bible Chapel in Raleigh. Walter then moved to the Pittsboro Christian Village, where he died peacefully among his family and many, many friends.

Offer Condolence for the family of Walter E. Behringer 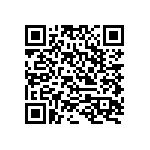