A native of Cambridge, Ohio, Mr. Rowland was born April 21, 1927, the son of Ivor Charles Rowland and Lura Lavaria Yountz Rowland. Mr. Rowland attended both Duquesne University and Duke University. He was a Seaman First Class in the US Navy during World War II. He retired from Blue Cross Blue Shield of NC as a controller.

Mr. Rowland is survived by his wife, Betty Hoey Rowland; son, Jeffrey Ivor Rowland of Pittsboro; daughters, Bonnell R. Pitzer of Fremont, and Christine R. Anthony of Gastonia; eleven grandchildren and nine great-grandchildren.
In addition to his parents and siblings, Mr. Rowland was preceded in death by a daughter, Lynn Rae Dean, on March 4, 1999.

Offer Condolence for the family of Wallace Lee Rowland 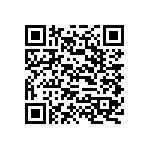