Mac proudly served his country while stationed in the U.S. Air Force in the late 40’s. An avid Duke fan, Mac was a long-time member of Immaculate Conception Catholic Church. He was well known over the years as the owner/operator of the Baskin Robbins store in Northgate Mall and most recently for working in the men’s Dept. at JC Penney.

A Mass of Christian burial will be offered 10:00 a.m. Monday, February 15, 2016 from Immaculate Conception Catholic Church with Father Charlie Miller, OFM, and Father Donald Staib presiding. A reception in the gathering space will be held after mass followed by burial with military honors at St. Matthew Catholic Cemetery.

Friends may visit Sunday afternoon from 2:00-4:00 p.m. at Hall-Wynne Funeral Service in Durham.

Offer Condolence for the family of Wallace E. “Mac” McNary 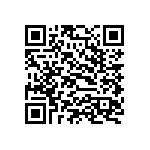