OXFORD- Virginia T. “Tootsie” King, died Saturday October 18, 2008 in Oxford Manor. Born in Wise, NC on February 14, 1911, the daughter of the late Cassa Orell King and Mattie Wilkerson King. She was a former dress buyer for Elis-Stone in Durham and retired as dress buyer for Montaldo’s in Charlotte, NC before moving to Oxford. She was a member of the Oxford United Methodist Church. Her formative years were spent in Henderson, where she belonged to the First United Methodist Church.
Funeral services will be held at 11:00 AM on Tuesday October 21, 2008 in the Oxford United Methodist Church by the Rev. Pat Hawkins. Burial will follow in the Elmwood Cemetery in Henderson.
“Tootsie” was a most loved Aunt and is survived by three nieces, Carol King Franklin of Henderson, Anne Williams Currin of Oxford and Jo Ann Hunt and Husband Earl of Deland, Fla.; three nephews, Kenneth King and wife Peggy of Rocky Mount, Dudley B. Williams and wife Maxine of Oxford and Alex Williams of Oxford. She is also survived by sixteen great nieces and nephews and numerous great- great nieces and nephews. She was preceded in death by five sisters, Anne Taylor, Helen Parks, Pearl Cheatham and Lucy Williams; two brothers, Orell King and Kenneth King; two nephews Bobby Parks and Charles King.
The family will receive friends Tuesday October 21, 2008 from 10:00 AM until 11:00 AM in the Parlor of the Oxford United Methodist Church. At other times they will be at the home of Carol Franklin, 1643 Garnett St., Henderson NC 27536.
Serving as active pallbearers will be Kenneth King, Chuck Franklin, William Hoyle, James Knight, Dudley Williams, Alex Williams and Bonn Williams.
Flowers are accepted or memorial may be made to the Masonic Home for Children, 600 College St., Oxford NC 27565 or to ACTS of Henderson, 305 S. Chestnut St., Henderson, NC 27536.
On line memorials www.gnvfh.com, select obituaries. Arrangements are by Gentry-Newell & Vaughan Funeral Home in Oxford.

Offer Condolence for the family of Virginia “Tootsie” King 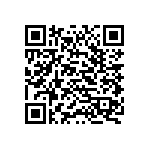