Mrs. Newton was a native of Granville County and was the daughter of Sam Jones Pleasants, Mary Watson Pleasants, and Charlie Thomas Knott. She retired after 40 years of service from the Granville County Health Department as the Director of Nursing. While working, she was a recipient of the Long Leaf Pine Award from the governor of NC. Virginia was preceded in death by her husband, Hurley Lewis Newton, Jr. She is survived by her son, Ted Lewis Newton and his wife Tammy; daughter, Nancy Newton Brooks and her husband Winston; and five grandchildren, Ginny Brooks, Chris Newton, Jason Newton, Amber Newton and Dylan Newton.

A graveside service will be held on Friday, November 10, 2017 at 2:00 pm at Meadowview Memorial Park in Oxford, NC.

Offer Condolence for the family of Virginia Pleasants Newton 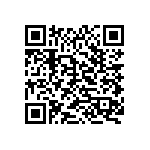