Durham –
Victor Hugo Germino, 78, died unexpectedly but peacefully on March 1, 2017 at Duke Hospital, surrounded by three generations of his loving family.
Victor Germino, a Durham native, was the son of Hugo L. Germino and Catherine “Tince” Barbee Germino. As a Descendant of a large and loving Italian family, Vic was the true definition of a family man and he made it a point to instill those family values in his own children, grandchildren, great grandchildren, nieces, nephews, and cousins. Vic is survived by his wife of 52 years, Barbara Germino, sons Greg Germino (Wanda), Michael Germino (Kelly), and daughter Laurie Germino; Granddaughters Greta Germino, Talia Williamson and Abby Germino; grandsons Nakoa Germino and Great-grandson, Gabriel Germino; sisters Judy Smith (Steve) and Tani Trout (Douglas); along with nieces, nephews, and numerous cousins who have gathered for many family reunions where he served as “the Godfather” of the Germino family where his wisdom and guidance was valued by all. Vic had a long, exciting, and successful career as a Physician Assistant, but his first love was always his role of Husband, Father, Brother, Uncle, and Grandfather to his family that he loved so dearly. His career started after serving in the U.S. Navy as a medical corpsman, he returned to work at Duke Medical Center and had the distinction of being a pioneer, one of the first physician assistants (PAs) to be educated and to work in the United States. He graduated from Duke University in 1967 after completing the two-year PA program.
After graduation, he remained at Duke, helping to coordinate the North Carolina Byssinosis Project that focused on lung disease in cotton textile workers. Later he worked as a surgical research coordinator at the Durham VA Medical Center, on a research project about rejection after intestinal and liver transplantation. Moving back to clinical practice, he worked in the student and employee health center at UNC-CH.
In 1974, he became one of the first commissioned PA Warrant Officers in the U.S. Coast Guard, providing medical care services at bases in Kodiak, Alaska; Clearwater, Florida and Seattle, Washington. While based in Seattle, Germino served as the only medical officer on the icebreaker, USCG Polar Sea. He made a number of trips to the Arctic, and later to the Antarctic, on combined missions for the Coast Guard and the National Science Foundation. He .received numerous Sikorsky awards in recognition of lifesaving rescues in his work as a search and rescue team member.
After leaving active duty in the USCG, he returned to North Carolina to work on an NIH AIDS clinical trials project, and later as a clinical trials compliance auditor during the 1980’s. For the next 25 years, Germino spent most of his time in occupational medicine, working in a variety of roles–everything from medical provider on the Alaskan oil pipeline, to chief medical officer for an open-pit gold mine project in Uzbekistan. After working as a Physician Assistant for a number of pharmaceutical and construction companies in Research Triangle Park, he established PRN Medical Services, a company that provided contract medical services to clinics, hospitals and businesses in North Carolina. He owned and operated this corporation until his retirement in 2005.
As an advocate for quality emergency services, he has served on many local Emergency Medical Service committees and councils, a governor’s committee on environmental affairs, and critical incident stress debriefing teams.
Germino was a charter member of the American Academy of Physician Assistants, an organization founded in 1968 by Duke PA graduates and students. He was inducted into the Duke PA Program Alumni Hall of Fame in 2009.
Always practical, Vic would surely prefer donations to flowers. Anyone wishing to donate in his memory, please consider the Wounded Warriors Project or the North Carolina Food Bank.
A celebration of Vic’s life will be held on Wednesday, March 8, 2017 at 4:30 pm at the North Carolina Academy of Physician Assistants (The Stead Center) located at 1121 Slater Road, Durham, North Carolina.

The Germino family is under the care of Hall-Wynne Funeral Service. Online condolences; www.hallwynne.com, select obituaries.

Offer Condolence for the family of Victor Hugo Germino 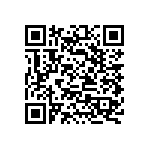