DURHAM: Veronica Delores Kelly McConville, affectionately known as “Mamu”, died peacefully at home November 24, surrounded by her loving family. She was born September 10, 1925 in Brooklyn, NY to John and Anne Kelly. Veronica was the youngest of six children. Raised in Broad Channel, NY she was a graduate of Far Rockaway High School. Veronica married William E. McConville on October 9, 1945. Together they shared a life as a Navy couple for almost 40 years. After her husband’s death in 1985, Veronica relocated to Durham to be close to her family.

Friends are invited to honor her by attending the wake 4-8 PM Friday at St. Francis of Assisi Catholic Church in Raleigh. A wake service and remembrances will begin at 7:00pm.
The Mass of Christian burial will be offered 11:00 AM Saturday from St. Francis of Assisi Catholic Church, with her son, Fr. William E. McConville, OFM presiding. Private interment will be in Arlington National Cemetery.

Offer Condolence for the family of Veronica Delores Kelly McConville 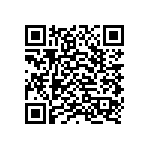