On Wednesday, April 20, 2005, Vernon W. Reese, Jr. lost his battle with cancer but claimed his victory with eternal peace. <br>Vernon was born on January 16, 1951 in New York, NY to Vernon and Emma Reese. He attended St. Thomas the Apostle Catholic School in New York and was later accepted to Cardinal Spellman School for the academically gifted. In 1968, Vernon enlisted in the USMC and served his country in Vietnam until 1971.<br><br>In 1988, Vernon moved to Durham, NC where he was employed by the City of Durham

Offer Condolence for the family of Vernon Reese, Jr. 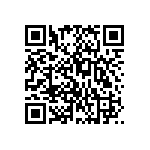