She was a native of Marion, NC and a resident of Faifax, VA for many years.

Vena is survived by five sisters and one brother.

Mrs. Edwards served in several aspects of Department of the Army personnel operations starting in 1965. She retired from the Office of the Deputy Chief of Staff for Personnel in 1997. On the occassion of her retirement, she was awarded the Superior Civilian Service Award.

Offer Condolence for the family of Vena Gilliam Edwards 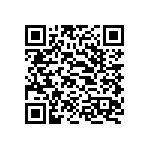