Tsai-En Wu Sieren, of Chapel Hill, died on October 25, 2018, at the age of 78. She was born in Enshih, Hupei, China, the daughter of the late Yu-Sheng Wu and Wan-Ju Chi. She was preceded in death by her husband, David Joseph Sieren, and her stepmother, Tso-Ying Li.
Mrs. Sieren graduated from Soochow University in Taipei, Taiwan and received her Master’s Degree in Library Science from Emory University in Atlanta, Georgia. She served as an Assistant Librarian at the University of North Carolina at Wilmington.
Surviving are her son, Jeffrey, and his wife, Kressa, of Durham, North Carolina, and her granddaughter, Callie. Also, her sisters, Tsai-Pin and Tsai-Mei, her brother, Tsai-Chin, and nieces and nephews.
She will be buried in St. Agnes Cemetery in Ashland, Wisconsin, next to her husband.
Memorial donations may be made to the American Bird Conservancy in The Plains, VA, or to the Hospice & Palliative Care Center of Alamance-Caswell in Burlington, NC. 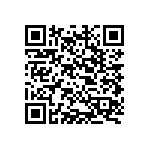