Tom was born in New York City on December 21, 1925, the son of Joseph and May Egan Doyle. He served in the US Navy in both World War II and Korea.

Tom received a business degree from Long Island University and an engineering degree from New York University. He worked as a diesel/industrial engineer before establishing his own firm with his brother, James. Following James’ unexpected death, Tom’s wife, Terrie, stepped in and served as company president for 19 years. Following their retirement, Tom and Terrie moved to Fearrington Village, where they became active in both the community and also at St. Thomas More Catholic Church.

A Mass of Christian Burial will be offered at 3 o’clock, Thursday afternoon, August 22, 2013 from St. Thomas More Catholic Church. The Very Rev. Scott E. McCue, VF, Pastor, will preside. Enurnment in the church columbarium will follow. Following the service friends may visit at a reception in the church family life center.

Arrangements are under the care of Hall-Wynne Funeral Service and Cremation, Pittsboro.

Offer Condolence for the family of Tom Doyle 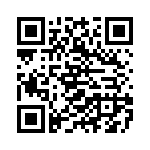