Tom Clinton Washington, Sr., age 79, died on January 26, 2020 after a courageous battle with cancer. He was born to the late Benjamin Milton Washington and Selena Roberts Washington on January 17, 1941 in Granville County.

Tom was a lifelong resident of Granville County and a long serving resident in the Stem community.  He graduated from Stem High School and was a member of the National Guard. In 1965, he married his beautiful wife, Edna.  He worked for The Murdoch Center of NC for 15 years and in 1980 he opened Tom’s Mini Mart and was a successful business owner for 34 years.    Tom was an active member at Stem United Methodist Church.

Tom was predeceased by his parents.

Offer Condolence for the family of Tom Clinton Washington, Sr 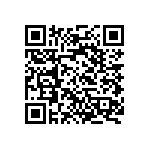