Tom Carsey, age 52, of Durham, NC, died on February 21, 2018, after a stubbornly determined fight with ALS, also known as Lou Gehrig’s Disease. He was born on January 20, 1966, in Omaha, NE, to Dennis and Marsha (Green) Carsey. He graduated from Fremont (NE) High School in 1984.
Tom graduated from Wayne State College (NE) in 1989, where at age 19 he met his best friend and the love of his life Dawn (Warren) Carsey. He earned his PhD in Political Science from Indiana University in Bloomington, Indiana. From there, he taught at the University of Illinois at Chicago from 1995-2000, Florida State University from 2000-2006, and the University of North Carolina-Chapel Hill from 2006-2018. In addition to being a political science professor at UNC, he served as the director of the Odum Institute for Research in Social Science from 2011-2017 — this was a role he cared about immensely.
Tom was a prolific researcher, publishing three books and over 30 journal articles, including articles in all the top journals in political science. He made major contributions to our understanding of numerous aspects of the American political process — state legislative and gubernatorial elections, long-term changes in party politics, legislative politics and policy-making, and the role of race in U.S. voting behavior — and his work also contributed to implementing simulation methods in political science teaching and research.
Tom received honors and recognition for his research, teaching, and service to the discipline. He was given the 2017 Lifetime Career Achievement award from the State Politics and Policy section of the American Political Science Association. He also received the Manning J. Dauer award for exceptional service to the profession from the Southern Political Science Association, and served as their president in 2014-2015. In 2010, he received the Charles Robson Award for Excellence in Graduate Student Instruction from the UNC Political Science Department. Even with all of this, he still never quite gave up on his dream to be a professional baseball player or Spider-Man.
In his work life he loved teaching and was a generous mentor. He was particularly well-known for helping PhD students in political science as they began their careers in academia and beyond. From teaching graduate-level statistics courses to advising theses and dissertations to dispensing advice on a variety of topics, he played an important role in the success of dozens of graduate students during his career. He maintained ties with students long after they graduated, continuing to offer guidance as they worked toward tenure and other career milestones. He was also a tireless cheerleader for the Odum Institute for Research in Social Science, whose work and mission really resonated with him.
Tom loved his family deeply and was loved by them in return. He was completely and hopelessly in love with his wife, Dawn, who he married in 1988. He was intensely proud of his children, Simon and Jane, and appreciated their gifts, their idiosyncracies, and the friendship they had with each other. He remained close with his parents, siblings, and their families back home in Nebraska.
He loved sports, followed the St. Louis Cardinals and Chicago Bulls, and enjoyed running (completing two marathons), bowling, golfing, and playing baseball. He was a dog lover and a cat hater. Loved the mountains but not so much the beach. His wit was quick and clever and usually off-color. He maintained strong ties to his high school gang, friends from grad school, and many colleagues and former students that became good friends along the way. He was proud of his Nebraska roots and the small towns and schools that prepared him for his journey. He loved telling people that he went to a two-room country schoolhouse. He was a jeans and t-shirt kind of guy, prided himself in having KISS as well as Anonymous Four in his musical library, and loved movies and a good binge watch on Netflix. He read the Washington Post religiously and loved talking politics.

Tom was diagnosed with ALS 20 months before his death and met its many challenges with amazing patience, stubborn determination, and a good sense of humor when he could. Though ALS took many abilities from him, he maintained that it did not take away the things that really mattered to him: the love and closeness he shared with his family, friends, and students.
Tom did not face this disease alone. Many friends from church (First Presbyterian Church of Durham, NC), work, high school, college, grad school, and current and former grad students provided numerous hours of support, comfort, and good distraction through these past two years. They have provided meals, respite care, and performed a myriad of other helpful tasks.
Tom is survived by his wife Dawn, his son Simon (Fredericksburg, VA), and daughter Jane (Cleveland, OH). He is also survived by his parents Dennis and Marsha Carsey, his sister Vicki (Tom) Brown, his brother Bob (Bob) Carsey, his nephew Jon (Nicole) Brown and their daughters Kendall and Ellie, and niece Becki Brown and her son Drayke. He also loved and was loved by many brothers- and sisters-in-law, nieces, and nephews from Dawn’s side of the family, as well as friends, colleagues, and former students nearby and across the country.
Memorials can be made to a travel fund for graduate students, created in his honor, to attend the State Politics and Policy Conference: http://www.apsanet.org/section22 OR to the department of political science at Indiana University where a fund named in his honor created a visiting lectureship and graduate student support. Go to this link and type CARSEY in the “search all funds” box: https://www.myiu.org/one-time-gift

Funeral to be held at First Presbyterian Church of Durham, NC, (Roxboro and Main Sts.) on Saturday, February 24, at 10 AM. Memorial service and inurnment of ashes to be held on Saturday, March 3, at 11 AM in Fremont, NE, at Fremont UCC, 16th & Broad Sts.

The Carsey family is under the care of Hall-Wynne Funeral Service. www.hallwynne.com; select obituaries.

Offer Condolence for the family of Tom Carsey 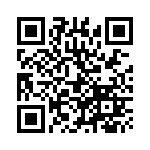