OXFORD: Todd Michael Nelson, died Sunday October 6, 2013. He was a native of Woodbury Co. Iowa and was the son of Bernard G. Nelson and Patricia Louise Krumwiede Nelson. Todd was a member of St. Stephen’s Episcopal Church and was an employee at Murdoch Center in Butner.
Memorial services will be conducted on Wednesday October 16, 2013 at 11:00 AM in the St. Stephen’s Episcopal Church by Rev. James Phal.
Surviving in addition to his parents are brothers, Troy Nelson of Shreveport, LA and Travis Nelson of Delanson, NY; sisters, Velissa Frey of Raleigh and Vickie Sanders of Troy, Ala.
The family will receive friends following the services in the Parrish Hall of St. Stephen’s.
In lieu of flowers memorials may be made to the St. Stephen’s Episcopal Church for the Todd Nelson Communion Rail Kneelers.
Gentry-Newell & Vaughan Funeral Home is assisting the Nelson family. Online memorials at www.hallwynne.com select obituaries.

Offer Condolence for the family of Todd Michael Nelson 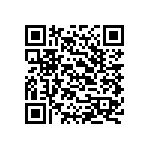