Todd Bailey Johnson, 41, passed away at Duke Hospital in Durham on Saturday, August 4, 2007 after a brief illness. He was born in Orange County, NC on September 16, 1965 to Robert and Patsy Bailey Johnson. In addition to his parents, Todd is survived by his wife Annette; brother, Robert Shon Johnson and wife Melanie, niece Elizabeth, nephew Nicholas all of Pittsboro; brother in law, Joe Norwood and nieces Lindsey and Shelby, all of Chapel Hill; and brother in law, David Grainger of Durham. Todd was employed by Duke Hospital as an interventional vascular radiology technologist. He was an avid lover of animals and cared deeply for his horses and cats. He also loved music of all genres. Visitation will be Tuesday, August 7, 2007 from 7-9 pm at Griffin Funeral Service in Pittsboro. The funeral service will be held at 1:30 pm Wednesday, August 8, 2007 at Farrington Road Baptist Church in Chapel Hill, with interment following in Chapel Hill Memorial Cemetery. Flowers are welcome or memorials may be given to the Music Program of Farrington Road Baptist Church.

Offer Condolence for the family of Todd Bailey Johnson 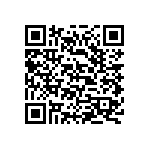