Timothy Dwayne Lloyd, 53, of Wake Forest died Sunday, July 13, 2014 at his home. He was born January 30, 1961 to Clifford A. and Minnie L. Medlin Lloyd. Tim resided for the past 13 years in Wake Forest and lived most of his life in Franklinton. He was an electrician by trade. He was preceded in death by his father, Clifford A. Lloyd.
Surviving are: his wife, of 13 years, Grace W. Ashworth of Wake Forest; four daughters, Rene Dixon,, Kelsey Nelson, Timber Lloyd and Lacey Lloyd all of South Carolina; a step-son, Linwood Ashworth of Granville Co.; his mother, Minnie Lloyd of Franklinton; two sisters, Joyce West and her husband, Len of Franklinton, Jean Williams and her companion, Mark Melvin of Franklinton; a brother, Wayne Lloyd and fiancé’, Jessie Floyd of Wake Forest; a special granddaughter, Amy Allen of Granville Co. and several other grandchildren; several nieces and nephews.
Graveside services will be held at 12 noon Wednesday, July 16, 2014 at Fairview Cemetery, Franklinton. Rev. Spencer Strickland presiding. Arrangements are entrusted to Hall-Wynne Funeral Service, Franklinton Chapel. Online condolences at www.hallwynne.com.

Offer Condolence for the family of Timothy Dwayne Lloyd 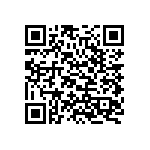