OXFORD:
Thomas “Tom” Newton, 78 a resident of Oxford died March 14, 2012 at his home. He was a native of Granville Co. and was the son of the late Alton Ollie and Lucille Harris Newton. Tom was a member of Gray Rock United Methodist Church, a member of the Down east Beagle Club and retired from Creative Textile. He was preceded in death by his wife Dorothy P. Newton.
Funeral services will be conducted Friday March 16, 2012 at 2:00 PM in Gray Rock United Methodist Church. Burial will be in the church cemetery.
Surviving are two sons, Thomas Rusty D. Newton, Jr. and Michael Edwin Newton both of Oxford; a sister, Rachael N. Jones of Oxford; a brother Jarvis Newton of Kittrell; five grandchildren. He was preceded in death by brothers, Howard, Jim and a sister Edith.
The family will receive friends from 1:00 until 2:00 PM prior to the services on Friday in the fellowship hall of Gray Rock United Methodist Church.
Flowers are accepted or memorials may be made to COTA, 2501 West COTA Drive, Bloomington, IN 47403, in Honor of Kristen Hicks.
The Newton family is under the care of Gentry-Newell & Vaughan Funeral Home. For online condolences, go to www.hallwynne.com and select obituaries.

Offer Condolence for the family of Thomas “Tom” Durwood Newton 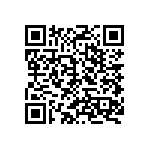