Thomas Owen Talton, age 90, died Wednesday morning in the Durham Veterans Hospital. Mr. Talton was born in Johnston County and was the son of the late Thomas Evans Talton and Swannanoa O’Neal Talton. He was a graduate of Garner High School. He served his country during WWII in the U.S. Coast Guard. He was well known as the owner, operator and Captain of The Tom and Jerry Charter Fishing Vessel, which was built on Harkers Island in 1958 by the Rose Brothers. Captain Talton entered the first Fabulous Fishing Tournament in 1960 and won the tournament in 1961 and has fished in every tournament thru 2007. He was District manager for Marchant Calculators and later established Talton’s Select Business Equipement Company. He was a Past President of the Young Men’s Professional Club, Member of the Durham Kiwanis Club and was a charter member of the Associated Investors Club. Mr. Talton was a member of Temple Baptist Church.

Graveside services will be held 2 PM Saturday at Maplewood Cemetery, Durham, NC.
The Rev. Norman Harris will preside and Military Rites will follow.

There will not be a visitation.

Offer Condolence for the family of Thomas Owen Talton 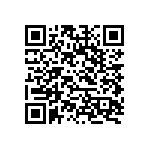