After a long illness, Thomas K. Hickson of Brooklyn, NY died at his home in Durham, NC on Friday, May 30, 2014. He was a member of the “Greatest Generation” and served as a Gunner’s Mate in the U.S. Navy Armed Guard from 1943 to 1946. Tom was a NY City Police Officer and retired after 31 years as a police boat pilot in the Harbor Division. After moving to Durham in 1982, he became active at Holy Infant Catholic Church and the Armed Guard Association in Raleigh.

Tom is survived by his loving wife of 67 years, Mary Hickson of Durham; their children: Thomas Hickson of Summerville, SC; Mary Sievers and Kathleen Raymond, both of Durham; their grandchildren, Thomas G. Raymond and Eric T. Sievers; his brother, Francis Hickson; his sister, Lillian Irwin; and many nieces and nephews.

A brief reception will be held immediately after mass followed by burial with military honors in Markham Memorial Gardens.

Arrangements for the Hickson family are under the care of Hall-Wynne Funeral Service in Durham. On-line condolences: www.hallwynne.com. Select obituaries.

Offer Condolence for the family of Thomas Kevin Hickson 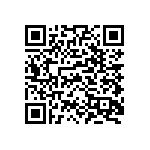