Thomas Edward Mappes, 65, of Durham, N.C., passed away on September 27, 2016 after an unexpected and brief battle with lung cancer.
Tom was born in Cincinnati, OH to Edward Robert Mappes and Margorie Gossett Mappes on August 18, 1951. He received a bachelor’s of science degree from Miami University on Oxford, OH and master’s of science degree in public health from the University of North Carolina at Chapel Hill. He met his wife, Nancy, in Taiwan, and they were married in 2000. Tom worked as an environmental engineer in several consulting firms in North Carolina, including S+ME, Radian, and URS Corp. (now AECOM). He retired in 2014.
Tom had a passion for the outdoors – working in his garden, hiking in the N.C. mountains and cruising down the American Tobacco Trail. He worked with Durham American Tobacco Trail staff to design the trail and to plan to close the gap in trails in the vicinity of I-40. He also served as the Triangle Rails to Trails Conservancy president in 1994.
Tom is preceded in death by his parents, Mr. and Mrs. Edward Robert Mappes, and his brother, William Robert Mappes.
Tom is survived by his wife, Nancy Mappes, of Durham; daughter Leesie Mappes of Chapel Hill; and daughter Amy Adams, son-in-law Zach Adams and granddaughter Everly Adams all of Greenville, S.C.
A memorial service will be held at 10 a.m. Thursday, Oct. 20, at the Hall-Wynne Funeral Home at 1113 W. Main St., Durham, N.C. The service will be conducted in the traditional Buddhist style, led by the North Carolina Fo Guang Shan Temple, of which Tom was a member. A graveside service will be held at 11:00 am on Saturday, October 22, at the Spring Grove Cemetery at 4521 Spring Grove Ave., Cincinnati, OH 45232.
The family asks those who wish to make donations to make them in Tom’s name to either the NC Fo Guang Shan Temple, the Triangle Rails to Trails Conservancy, or the Appalachian Trail Conservancy.

Offer Condolence for the family of Thomas Edward Mappes 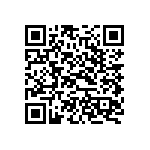