His father’s business interests took the family abroad for a time to Madrid, Spain and Geneva, Switzerland when Tom was a child. Eventually the family moved back to Stamford and Tom attended Ridley boarding school in Saint Catherine’s, Ontario, Canada. There he developed a great love of music. He also attended Doane College in Crete, Nebraska. As a young man he worked as a roadie for the “Babylonian Dance Band”, the “Flying Island Band” and other touring music groups. In 1976 Tom moved to Wilson, NC where his mother resided; but soon moved to Chapel Hill which he deeply loved. He was a soccer coach, a goalkeeper on many teams, a major influence in local lacrosse, and was co-owner of Carolina Soccer & Lacrosse Supply in Carrboro.
In the past twelve years he began traveling the world and lived in The Netherlands, Chile, Australia, Czech Republic, Belize, and Honduras. His greatest loves were music, Manchester United, his friendships and history. He was fluent in several languages. Tom had a great passion for helping people in need and for caring for animals of all kinds, especially cats.

He was predeceased in death by his grandparents, and his parents, Mary and Michael Mandeville. He is survived by a brother, Peter K. Mandeville of Lucama, N.C.

A gathering of Tom’s friends and family will be held at W.B. Yeats Irish Pub at 306 W. Franklin St. # G in downtown Chapel Hill on Sunday December 9th, between the hours of 3 pm and 5:30 pm.

The family has asked that donations be made in Tom’s honor to the American Heart Association, 4217 Park Place Court, Glen Allen, VA 23060, or your local SPCA.

Offer Condolence for the family of Thomas Cooke Mandeville 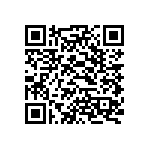