The son of Henry Clay and Minnie Barton Cranford, he was born September 19, 1922 in Troy, NC and moved to Durham when he was five years old. Tom graduated in 1942 from Durham High School where he was president of the student council during his senior year.

A 1948 graduate of the University of North Carolina, Tom proudly served his country for three years while stationed in the U.S. Navy during World War II.

His business career was spent with Home Insurance Agency, of which he was president for several years before retirement. Tom was involved in many worthwhile civic and community organizations. He was president of the Durham Jaycees; a member and past president of the Durham Sertoma Club; a volunteer driver with the local American Red Cross Chapter; an active member of Duke Memorial United Methodist Church; and a member of the American Legion Post # 7.

His survivors include his wife of 58 years, Lucille Long Cranford of Durham; his daughter, Judy Cranford, of Alexandria, VA; his son, Thomas Bright Cranford, Jr. and wife, Kathryn, of Las Vegas, NV and their three sons, Cory, Aaron and Jordon; his sister-in-law, Lois Cranford, and brother-in-law, Albert Long and wife, Jackie, all of Durham. He was preceded in death by his parents and his brother, H. C. Cranford, Jr.

Funeral services will be held 2:00 PM Tuesday, January 10, from the Chapel of Hall-Wynne Funeral Service with the Reverend Jim Bell officiating. Burial with military honors will follow in Maplewood Cemetery.

Friends may visit Monday from 4:00-6:00 PM at Hall-Wynne Funeral Home.

Flowers are acceptable or contributions may be made in Tom

Offer Condolence for the family of Thomas Bright Cranford 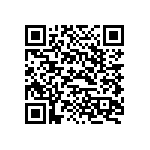