Thomas earned an undergraduate degree from Case Western Reserve in Business Administration as well as a Master’s degree in Hospital Administration from the University of Minnesota.

He began his professional career with City Hospital in Cleveland Ohio as Hospital Administrator then moved to Blue Cross of Northeast Ohio as a Vice President. Thomas was promoted in 1973 to the position of President of Blue Cross and Blue Shield of North Carolina and relocated to Chapel Hill NC.

Thomas, who retired in 1993, led BCBSNC for 20 years. He had both an immense personality and a great vision. He was highly valued as a person and a leader in business, civic and government circles in our state. He laid the foundation for the nationally known health insurer that BCBSNC has become. Tom’s national leadership included chairmanship of the Blue Cross and Blue Shield Association Board of Directors. Thomas was also a recipient of North Carolina Hospital Association’s Meritorious Service Award.

Thomas and his wife JoAnne enjoyed travelling to many different countries during his retirement years. He was a member of Croasdaile Country Club in Durham NC and loved all aspects of the game of golf.

In lieu of flowers, memorial contributions may be sent to: Pediatric Oncology, UNC Lineberger Comprehensive Cancer Center, Campus Box 7295, Chapel Hill, NC 27599-7295, with donations made payable to the same. Please include “Thomas Rose Memorial” in the memo line.

A private crypt side service will be held in Cleveland, OH on Saturday, March 26, 2011.

Offer Condolence for the family of Thomas Allen Rose 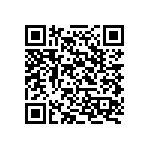