Thomas Allen Jones, age 85, died Tuesday evening at the Durham VA Hospital. He was the son of the late John A. and Pearl Reeves Jones. Born in Hillsborough, NC on April 18, 1921, he was a self-employed painting contractor Thomas A. Jones Painting for over 50 years. Mr. Jones was a member of Carr United Methodist Church. He loved horses and had a great sense of humor. Tommy had a deep compassion for people which was reflected by his family as a loving father, husband, father-in-law and PaPa. He served his country proudly in the US Army during WW II, participating in three major battles including the Battle of the Bulge.

Offer Condolence for the family of Thomas A. Jones 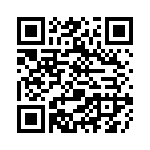