OXFORD:
Theresa Arlene Compton, age 56, a resident of Boone, NC, died Saturday, May 12, 2012 at Durham Regional Medical Center from a prolonged illness. She was a native of Granville County and the daughter of the late Leo and Mary Belle Compton of Oxford. Theresa earned a Bachelor’s and a Master’s degree in education from Appalachian State University and was employed by Watagua County Schools as a teacher at Blowing Rock Elementary. She was a member of Saints Peter and Paul Mission, Antiochian Orthodox Church in Boone, as well as a member of the NCAE and Delta Kappa Gamma Sorority.
A memorial funeral service will be conducted at 1:00 PM on Thursday, May 17, 2012 at Gentry-Newell & Vaughan Funeral Home in Oxford by Father Michael Marcantoni. Burial will follow at Meadowview Memorial Park in Oxford. The family will receive friends from 11:30 AM until 1:00 PM prior to the service at the funeral home.
Survivors include her sisters, Mary Brogdon of Lewisville, NC, Hollie Compton of Oregon; a brother, Lewis Compton of Durham, NC; sister-in-law, Judy Compton and brother-in-law Larry Brogden; two nieces and four nephews, two great-nieces and two great-nephews.
Gentry-Newell & Vaughan Funeral Home in Oxford, NC is assisting the Compton family. For online condolences, go to www.hallwynne.com and select obits.

Offer Condolence for the family of Theresa Arlene Compton 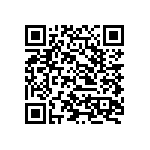