Theresa Angelyn Dennison, passed suddenly on 8-25-2015. She is survived by her children, Paul Candelori of Greenville, NC and Joel Candelori of Pittsboro, NC. She was also survived by her parents, David Baron and Katharine Roberts Dennison of Atlanta, GA; brother David and wife Lynn of Acworth, GA; sisters Lucile Clotfelter of Durham, NC, Cookie Daniel and husband Russ of Athens,GA, Holly Kelly and husband Dave of Atlanta, GA,Mary Pitts and husband Neal of Orlando, FL, and Jeni Cupp and husband Tim of Harrisonburg, VA; and numerous nieces and nephews. She was preceded in death by her sister, Denise Fulford of Arlington,TX.

Angel was a graduate of Lovett High School in Atlanta, Georgia 1975. She attended Vanderbilt University 1975-1977 and Georgia State University in 1978-80 and earned a Bachelors degree. Her career with Lanier took her from working in Atlanta, Georgia to Tampa, Florida. She worked in the Banking Industry in Florida and South Carolina. She worked for Carolina Meadows Retirement Community in Chapel Hill, NC and later became the Executive Director at the Chatham Council on Aging and the Director of the Chatham County Department of Aging in Pittsboro, NC. She was awarded the distinction of Hometown Hero and was active in the care for the elderly and raising awareness of Alzheimer’s disease.

A service to honor her life will be held 2:00pm, Sunday, August 30, 2015 at New Salem Baptist Church.  Burial will follow in the church cemetery.

Offer Condolence for the family of Theresa Angelyn Dennison 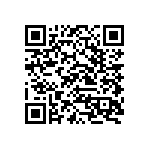