DURHAM: Theodore Vincent Cassidy Major USMC – Ret., age 71, died peacefully in his sleep Tuesday. Ted was still recovering from the death of his beloved wife, Patricia in October. A native of Red Bank, NJ, he graduated from Red Bank Catholic High School and St Peter’s College. Ted served his Country as a Major in the US Marines, with 21 years of service. He retired in 1976. His tours of duty included Lebanon, Vietnam, Okinawa and Taiwan. Stateside, he was stationed at Camp Lejeune, Quantico and Cherry Pointe Air Station. Ted began his non-military service at Duke University’s DUC Center. He then worked for Durham County and finally retired from the Department of Revenue. He served as Commander of the Durham Unit of the United States Power Squadrons in 1983 and 1984. He also served on several Bridge Offices and as Commander of District 27.
Ted shared his love of scouting with his wife as leaders of a Girl Scout troop and a Cub Scout pack. He volunteered with the local Red Cross Chapter, helping with logistics during severe storms and hurricanes. It was through this service that Ted met and became friends with people from Canada to Florida. Ted Cassidy was an intellectual, caring and spiritual man, who will be missed by all who had the distinct pleasure of knowing him. For all who knew him, pray that he has joined Pat, that his soul will rest in peace and that God grants him eternal rest.
Surviving are his children, Dawn Helen Justice of Youngsville, Sean Michael Cassidy of Wake Forest and Jennifer Lynn Egan of Durham; grandchildren, Vincent Justice, Justin Egan, and Faith, Ian and Lily Cassidy; a sister, Helene Gran of Durham and brother, Thomas J. Cassidy of Tallahassee, FL.
A Mass of Christian burial will be offered 2:00 PM Saturday from Holy Cross Catholic Church, 1400 South Alston St, Durham. Friends will be received in the church from 1:00 -2:00 p.m. Saturday. In lieu of flowers donations may be made in Ted

Offer Condolence for the family of Theodore V. Cassidy 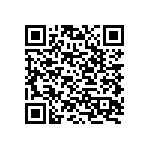