OXFORD:
Theodore H. Moss died January 7, 2013 at Granville Medical Center. He was a native of Granville County, and was the son of the late Ollie Hayes and Tazzie Blackley Moss. Theodore was retired from the US Postal Service, a veteran of the US Army during WWII, receiving the WWII Victory Medal and the Occupation Medal. He was a member of West Oxford Baptist Church, former Sunday School Teacher, Deacon and member of the Choir. He graduated from John Nichols in 1944.
Funeral services will be conducted Wednesday, January 9, 2013 at 2:00 PM in West Oxford Baptist Church by the Rev. Wes Garner. Burial will be in Elmwood Cemetery.
Surviving is his wife, Carolyn Finch Moss; sons, Paul Moss of Rougemont, NC, Gaylon Moss of Cary NC and Creighton Moss of Raleigh, NC; seven grandchildren. He was preceded in death by brothers, Tom Moss and Bennie Hugh Moss.
The family will receive friends Tuesday night from 7:00 until 8:30 PM at Gentry-Newell & Vaughan Funeral Home. At other times they will be at the home.
In lieu of flowers, memorials may be made to West Oxford Baptist Church Fellowship Hall Fund, P. O. Box 458, Oxford, NC 27565.
The Moss family is under the care of Gentry-Newell & Vaughan Funeral Home. On line memorials at www.hallwynne.com select obituaries.

Offer Condolence for the family of Theodore Hayes Moss 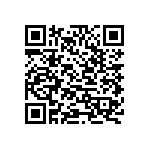