Ted Edwin Curran Murphy III passed away surrounded by family and friends this past Monday evening at Duke University Hospital after a nearly 5-year year battle with stage 4 melanoma.

Born in Washington, DC to Edwin and Helen Murphy on 16 May of 1969, Ted has been a resident and beloved neighbor in Durham, NC for the past 20 years. He was an accomplished scientist, a clever mechanic, a gifted craftsman, and a loving father, husband, son, brother and dear friend to many, many fortunate people. He was also a talented musician; with or without guitar he was a skilled entertainer and storyteller. He was beloved for his limitless generosity and listening ear for his many friends.

Ted graduated from the University of Texas with a Bachelor’s degree and from Duke University with a Ph.D. in Cell and Molecular Biology. In the past 15 years, he has become a respected expert in pharmaceutical development, working for or advising many local, national, and global companies and mentoring many fellow scientists over the years. Most recently, he served as VP of Research and Development at BioMarck and consulted with Liquidia Technologies.

Ted, supported by his wife, family, and friends, waged an inspiring battle against his melanoma, applying his scientific skills to participate as a fully engaged member of his treatment team. He also ran multiple marathons and races during these past few years, refusing to be defined by his disease.

Ted is survived by his wife Stacy and three children Luke age 8, Shannon age 6 and Samantha age 3, as well as his mother Helen Murphy also of Durham, father Edwin of Forks, Washington, and sister Sheila of Wimberley, Texas, and brother Arthur.

In lieu of sending flowers or any other kind of gift, please make a donation to the Melanoma Research Foundation http://www.melanoma.org/, and indicate your donation is in memory of Ted Murphy.

Offer Condolence for the family of Ted Edwin Curran Murphy 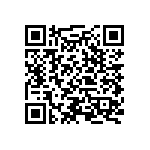