Taylor Dawn Fisher, born July 23, 1993, passed over into Heaven and became one of God’s Angels on December 3, 2017. Taylor was 24 years old and had battled Cystic Fibrosis (CF) all her life. Taylor did not let CF define who she was. She had a successful double lung transplant on May 28th, 2016. Due to unforeseen complications, Taylor required a second double lung transplant on November 29th, 2017. She fought very hard but was unable to overcome the trauma her body had endured. Taylor’s Dad Daryl, Mom Kim, Brother Parker, and Finance’ Cody were with Taylor as she passed over into God’s Kingdom. The family would like to Thank family friend and Pastor Chris Tuttle for being there to assist as Taylor transitioned.
Taylor was a native of the Black Mountain/ Swannanoa Valley area and was a member of the Black Mountain Presbyterian Church. She attended the area public schools and graduated from Owen High School in 2011. Taylor began playing softball following her kindergarten year. She continued playing recreation league softball, middle school fastpitch softball, travel fastpitch softball and through high school fastpitch softball. One could say fastpitch softball was Taylor’s passion. Taylor pitched mostly and played infield as well. She achieved many wins, won many awards and was part of Owen High School’s winning of four consecutive Southern Highlands Conference Championships.
Taylor is survived by father R. Daryl Fisher, mother Kimberly Hall Fisher, brother Parker Fisher, and Fiance’ Cody Lail. There will be a Celebration of Life Service for Taylor on Saturday December 9th, 2017 at 11:00 am at Black Mountain Presbyterian Church located at 117 Montreat Road in Black Mountain, NC 28711. The family will receive friends following the service at the church. The family also requests attendees wear something purple in support of Cure Cystic Fibrosis and/or green in support of Organ Donation.
In lieu of flowers, the family requests donations be made to one or both of the following charities. The UNC Hospital Transplant Clinic is in support of the Jason Ray Expendable Fund at The Medical Foundation of North Carolina, Inc. at 880 MLK Jr. Blvd, CB 7565 in Chapel Hill, NC 27514, phone: 984-974-5100. The second charity is Eblen Charities at 50 Westgate Parkway in Asheville, NC 28806 or through the website https://www.eblencharities.org/

Offer Condolence for the family of Taylor Dawn Fisher 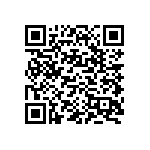