Dean Edwards Smith February 28, 1931 - February 7, 2015 Chapel Hill, N.C. - Dean Edwards Smith died peacefully at his home in Chapel Hill on February 7, surrounded by his wife and five children. Dean accomplished many things in his public life as head basketball coach at the University of North Carolina from 1961 to 1997. His record of 13 Atlantic Coast Conference Tournament Titles and two NCAA National Championships contributed to four National Coach of the Year Awards, and membership in END_OF_DOCUMENT_TOKEN_TO_BE_REPLACED 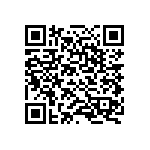